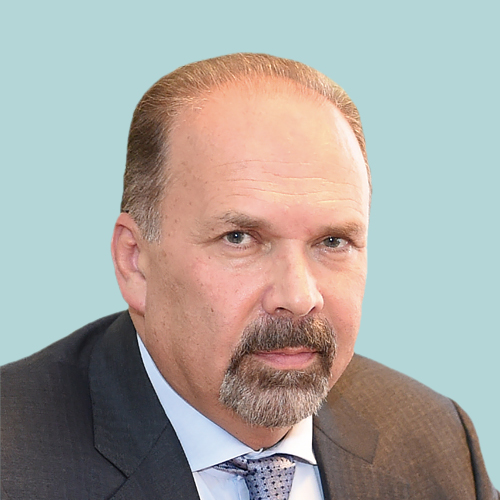 The Collegium of the Accounts Chamber of the Russian Federation chaired by Tatyana Golikova considered the findings of the expert and analytical activity entitled “Analysis of measures taken by federal executive authorities and organizations of the Russian Federation in the framework of implementation of projects to supply Russian civil aircraft, auxiliary equipment and services under the programs of modernization of the Cuban civil aviation”.

Auditor of the Accounts Chamber Aleksandr Zhdankov made a presentation.

As it was noted at the Collegium, the cooperation between Russia and Cuba in the area of aviation industry is currently carried out through the implementation of the Program of trade, economic, scientific and technical cooperation between the Government of the Russian Federation and the Government of the Republic of Cuba for 2012-2020 signed on the basis of the results of the 10th Meeting of the Russian-Cuban Intergovernmental Commission in November 2012*.

The export of Russian aircraft and auxiliary equipment to the Republic of Cuba is ensured by the state guarantee support of the export of industrial products, which are delivered in accordance with laws and regulations of the Russian Federation currently in force.

Since 2005, the maximum amount of the state guarantee support for aircraft delivery to Cuba has exceeded $600 mln.

The total amount of long-term loans (from 10 to 14 years), secured by state guarantees of the Russian Federation and provided within the period from 2005 to 2016, amounted to 432 mln.

As of the period of the audit, all agreements for the delivery of aircraft and equipment entered into within the period since 2014 and in 2016 to date have been fulfilled.

Besides, in the frame of cooperation in the area of helicopter machinery delivery, two Mi-17-1V helicopters were delivered to Cuba in 2016; a number of commercial proposals were also made regarding the maintenance of helicopters delivered and the delivery of repair and design documentation for their overhaul.

At the same time, the analysis showed that a number of issues of cooperation between Russia and Cuba in the area of civil aviation have not been solved yet.

In particular, a new training center in Habana, which is provided for in the Cooperation Program, has not been established yet. Taking into account difficult financial situation in Cuba, the negotiations have now been suspended. Besides, the retraining of Cuban specialists was carried out in the frame of contracts for delivery of AN-158 airplanes: the price of every plane to be delivered includes the retraining of 17 persons.

The problem of airworthiness maintenance of aircraft delivered to Cuba is still acute. The idea to establish a spare parts warehouse in Cuba, which has been discussed since 2010, has not been implemented yet.

There is another problem associated with non-compliance by the Cuban party of the timing for sending defective parts and failed units for repair (the period provided for by the Agreement is 10 days, but the actual period of sending units to repair was up to 4.5 years). Russian manufacturers, from their part, are also unable to reduce the time of repair. The manufacturing cycle duration for certain components required by the Cuban party is 120 to 270 days. Besides, it should be noted that within the audited period, the parties developed measures to timely delivery of spare parts and units, which allowed reducing the periods of sending failed parts for repair from several years to 1-3 months.

Moreover, the parties have not still agreed upon the Plan of the Program Implementation. The auditor noted that “The timing of specific projects and responsible persons have not been determined, which hinders significantly the Program implementation monitoring”.