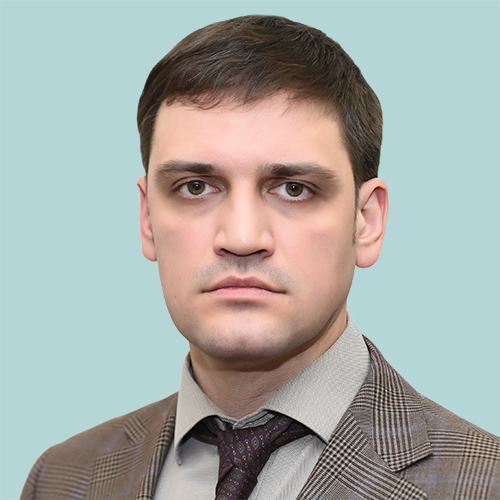 In 2006 he graduated from the Moscow Institute of Physics and Technology. 2007 – National Research University "Higher School of Economics".

2005-2006 – Assistant at the Department of General Economics at the Moscow Institute of Physics and Technology.

2007-2011 – Junior Researcher at the Research and Training laboratory for financial engineering and risk management of the Department of Economics at the National Research University "Higher School of Economics".

In December 2018, he was appointed Director of Department of the Accounts Chamber of the Russian Federation.

PhD in Technical Sciences. Mr Kosyanenko wrote his thesis in the Trapeznikov Institute of Management Problems of the Russian Academy of Sciences.