Born on October 12, 1960 in Dobele, Latvian SSR, in the family of a military serviceman.

1983 — graduated from the Economics Faculty of the Leningrad State University.

1983–1985 — an intern researcher in the Institute of Social and Economic Problems of the USSR Academy of Sciences.

1991–1992 — Deputy Chairman of the Committee for Economic Development.

1992–1993 — Chairman of the Chief Financial Administration for the Mayor of St. Petersburg.

1993–1996 — Deputy and First Deputy Mayor, member of the Municipal Government, Chairman of the Committee for Economics and Finance of the City Council of St. Petersburg.

1996–1997 — Deputy Head of the Administration of the Russian President, Head of the Chief Control Department.

1997–1999 — First Deputy Minister of Finance of the Russian Federation.

1999–2000 — First Deputy Minister of Finance of the Russian Federation.

2012–2016 — Chairman of the Committee of Civil Initiatives — a community of professionals able to offer alternative solutions to the problems faced by the country.

2016 — head of the Center for Strategic Research, Vice-Chairman of the Economic Council under the President of the Russian Federation.

Since November 2018 — member of the Presidential Council for Implementation of State Policy on Protecting Family and Children.

Author of more than 30 scientific papers in the field of economics and finance:

—  PhD thesis on: “Comparability in the Mechanism of Implementation of Economic Competition Relations”.

—  Doctoral thesis on: “Theoretical and methodological approaches to implementation of balanced and efficient budget policy.

Participation in the work of educational and scientific establishments:

—  Chairman of the Board of Trustees of the Gaidar Institute;

—  Member of the Board of Trustees, Yegor Gaidar Foundation;

—  Chairman of the Supervisory Board of the Northern (Arctic) Federal University;

—  Member of the Board of Trustees of the European University in St. Petersburg;

—  Member of the Board of Directors of the Russian Economic School.

—  In 2006 the British magazine “Emerging markets” named Aleksei Kudrin as the best Minister of Finance among the European developing countries.

—  In 2010 the British magazine “Euromoney” named Aleksei Kudrin as the best Finance Minister of the year. According to the editor, Padraic Fallon, Kudrin got the award because he “...having overcome major political pressure secured establishment of the Reserve Fund, which allowed Russia to come out of the global financial crisis in a much better shape than the experts had expected”.

Accounts Chamber of the Russian Federation and National Audit Office of the United Kingdom held a bilateral online meeting on cooperation on May,18. Aleksei Kudrin and Gareth Davies made plans for further cooperation. Main issues of common interest: healthcare, technologies and openness.

Meeting with SAI France: discussion on the economic development and the new normal for SAIs in the COVID era

Remote audits, monitoring reschedule, staff working from home – the new normal for SAIs during the COVID-19 pandemic. Chairs of the Accounts Chamber of the Russian Federation Aleksei Kudrin and the French Cour des comptes Pierre Moscovici exchanged their views on the further development of auditing agenda and the world economy.

On July 27 the delegation of the Accounts Chamber headed by Aleksei Kudrin participated in the 55th ASOSAI Governing Board virtual meeting. The agenda covered issues related to the budget, strategic planning, as well as the results of ASOSAI work and activities for the past year.

INTOSAI Journal in its spring 2020 edition published the article by Aleksei Kudrin, Chairman, Accounts Chamber of the Russian Federation, and Chairman of the International Organization of Supreme Audit Institutions 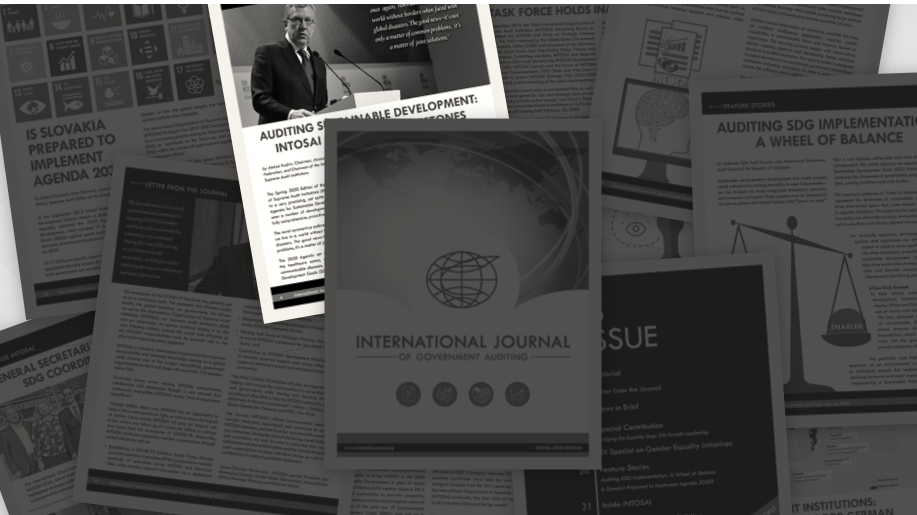 Aleksei Kudrin: the economy driver of the EAEU for the next 6 years is a digital integration

Integration associations are becoming a new pole of attraction for countries, and the Eurasian Economic Union (EAEU) can take on the role of one of the centers of development. The Chairman of the Accounts Chamber Aleksei Kudrin shared this opinion at the XIV Annual International Conference “Eurasian Economic Integration”.

In 2018 budget revenues of the ЕАEU members were estimated to $12.3 billion

The Supreme Audit Institutions of Russia, Armenia, Belarus, Kazakhstan and Kyrgyzstan held the Summit of the Supreme Eurasian Economic Council in Yerevan on the results of the monitoring of compliance with the procedure for crediting and distributing import custom duties and their transferring to the government budgets by the appropriate authorities of the member states of the Eurasian Economic Union in 2018. The auditors Andrei Baturkin and Valery Bogomolov represented Russia at the Summit.

Today at INCOSAI XXIII, Aleksei Kudrin, the Chairman of the Accounts Chamber of the Russian Federation, signed an agreement on intergovernmental agreement implementation audits with the heads of the SAIs of Armenia and Slovenia.

Aleksei Kudrin: The Accounts Chamber to become the auditor of ministries and agencies' openness