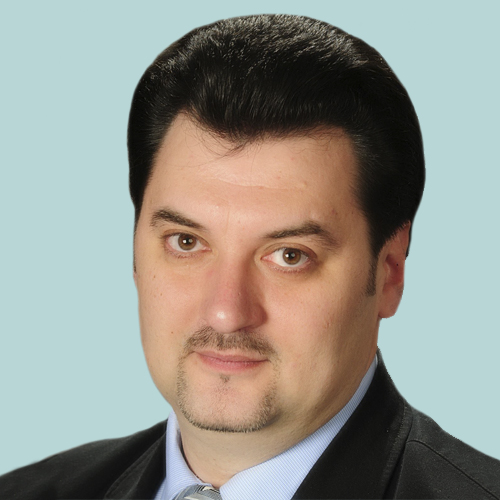 Mr Petrov worked in leading Russian and foreign consulting companies. He led the development and implementation of a number of domestic and Western information and analytical systems for business management, including at manufacturing enterprises. Mr Petrov implemented projects on optimization of management systems, budgeting, analysis of financial and economic activities.

In 2008-2014 he worked in the Sochi 2014 Organizing Committee as Head of ERP management, Director of the Technological Operations Center.

In 2014-2015 Mr Petrov worked in the Ministry of Digital Development, Communications and Mass Communications of the Russian Federation; he managed the preparation program for the 2018 FIFA World Cup, worked on the Concept of communication and IT development and its implementation, as well as organized the successful provision of IT services for the preliminary draw for the 2018 World Cup in Saint Petersburg.

In 2016 Mr Petrov worked in one of the subsidiaries of the SIBUR group: he restructured the IT division in order to ensure the development of the group's new EPC (Engineering, Procurement, Construction) business and organized the selection of the information systems platform and the launch of its deployment projects.

In 2016-2017 he worked for Russian venture capital company and participated in the creation of the project office of the National Technology Initiative, organized the development and adoption of the TechNet Roadmap for the development of innovative digital technologies to support National Technological Initiative markets, mentoring startups, and launching technology competitions.

In November 2018, he was appointed Director of Department of the Accounts Chamber of the Russian Federation.

Participation in educational and scientific organizations:

Teacher of the Higher school of business of Moscow State University, the Higher School of CIO, MBA of MGIMO, Financial University under the Government of the Russian Federation, RANEPA. Co-author of the 4CIO Tutorial.

Participation in the work of public organizations and foundations:

Member of the expert Council of the GlobalCIO community of IT Directors. Expert of the CSR Foundation, the FOSTAS Foundation. Member of expert councils of a number of professional competitions and awards.